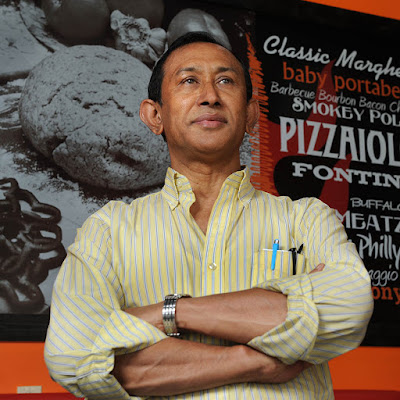 Mr. Pijush Barua is the owner of two businesses along Columbia Pike. He is originally from Bangladesh.

When I first came to the U.S. in 1990 from my hometown of Chittagong in Bangladesh, I lived in D.C. on Florida Avenue with my sister and her family. My first job here in this country was at a Dunkin Donuts on Wilson Boulevard in Arlington, Virginia. I was taking the Metro to and from work nearly every day. After some time, I decided to move to Arlington as it was closer to work. I first lived on North Monroe Street, and later moved to North Thomas Street. I continued working at the same Dunkin Donuts until 2004. Upon the advice of my boss, Alcova Heights became my new home from 1999 onward; my wife did not want to move anywhere else, as she had also fallen in love with the only city she’s known outside of her own hometown back in Bangladesh. I contribute my success to my boss, Theresa Sareen. I viewed her as not only as my boss, but my mentor and a mother-figure. I have become a man thanks to her guidance, assistance, and care.

I then moved to the Dunkin Donuts in the food court at the Pentagon and continued working there as a manager for the next six years. Due to the sensitive nature of working at the Pentagon, I had to have high security clearance and went through strict security protocols every morning when I arrived at work. I contribute my success at the Pentagon to my boss, Jerome Johnson. He was quite a beautiful character in my life, so much so that he was not only my boss, but a close friend and business partner.

I then decided that after years of working in the food industry and managing multiple stores – something I was doing while at the Pentagon – I wanted to open my own business. At first, I wanted to open my own Dunkin Donuts franchise in Arlington as I lived here and loved my city. But as I looked around, I found out that all the Dunkin Donuts were already franchised in the Arlington area. Due to an SDA (Store Development Agreement), I would need their permission to open one and pay $100,000.00 to $200,000.00

I decided to buy and invest in a gas station instead, and ended up purchasing Sleepy Hollow Exxon in Falls Church. I owned and ran that store for about four years and then sold it. I ended up selling it to my partner who was an auditor by profession. I taught him how to run the business and he became a partner a few years later when I bought Mclean Pizza with him. It was hard working 12-hour shifts and driving to and from Arlington. All the employees spoke Spanish and my one weakness is that I did not know Spanish, which limited me in connecting with my employees. Finally, an opportunity arose. The corporate Exxon station at South Glebe Road and Columbia Pike in Arlington opened for a franchisee opportunity, and I ended up selling my share of the pizza business to my partner in order to purchase the Exxon gas station. This was perfect because it was only a few blocks from house.

Here I am known as a CA, a Commission Agent. That means that I lease the shop but the items that I sell at the store are my own and not dictated by the Exxon corporation. I pay rent for the space and the gas itself is from Exxon. I thought that this neighborhood would also be a perfect opportunity to invest in a new business. I asked friends, my nephew, everyone, to keep an eye out for one. My nephew then told me about a franchise opportunity known as 1000 Degrees Neapolitan Pizzeria. Around that time, he was looking for a new job but was unable to find one, and I thought he could run the pizza shop for me. But not long after signing the lease and contract with the franchise, he ended up getting a new, demanding job. After two years of searching, finding, and building out the new store, we had our grand opening on October 15, 2016. On that morning, I had Theresa and Jerome’s son (since Jerome was unable to make it due to business travels) as my honorary guests. Theresa did the honors of cutting the ceremonial ribbon. That day, we fed over 2,000 people with complimentary pizzas. We had a great turn out and it was a huge success.

Since my nephew had started his new job, I ended up still working 12-hour days, seven days a week. Because the gas station is a 24-hour site, I had to be nearby or on call whenever anything came about that needed my attention. That 24-hour opening is a policy dictated by the corporation. As such, the insurance is more expensive and I must have more employees, but business does not increase because it is hard to have the same customer traffic during the late-night hours. There is also the risk of danger to my employees during the nightshift hours.

One major challenge is paying the employees. Due to the minimum wage in D.C., they want $15 an hour, but the things I sell at the shop are the cheapest around here. How am I able pay the salaries of six full-time and part-time employees? It’s hard. I have not even taken a vacation day in six years due to the consistent demands on a regular basis as a business owner.

The good part of it is that everyone here knows me. But of course, there are good people and bad people. When I moved to Columbia Pike in 1999, it was a very quiet area. There used to be a car dealership where my pizza restaurant is now located. After it was torn down, high-rises with restaurants on the bottom floor were built. We used to hang out at that dealership, meet friends there, and enjoy ourselves as any adults might. The humanistic aspect our lives is just as, if not, more important than just the work we do daily.

This is why the biggest difference now is that people have become robotic; nobody cares about anybody now. Back then, neighbors were so nice. They would see me working late and my wife and baby were alone at home and they would bring flowers or mow the lawn for us. With the old neighbors we would hold barbeques and cookouts together, but not anymore. No one greets one another. One neighbor moved, one is still there, and the sweetest neighbor in the world passed away a bit ago. The new people who moved in are not like the old. Racism was not there then, but I do feel it now. I do not feel as comfortable. My house is my home. We all just want to feel comfortable. But new neighbors complain over everything, and it simply adds to the difficulties my family and I face.

With the new store, business has also become harder now. Because of the lack of parking on The Pike, the intense competition, and being a new business, there are less people who come in. It is hard but I have invested all my money in the business, so I cannot afford to lose it. With the increased population, as rent goes up, employees’ salaries do too; it becomes a problem for business owners, naturally. Today a 20-ounce Coke costs $2.o00 I remember when it was 89 cents. Last year it was $1.49. In short, these changes are an enigma to the capitalist democracy we hold near and dear as Americans.

That said, Columbia Pike is a lot like Clarendon. The sound of traffic, people, movie-goers, young crowd, diverse dynamic – you name it. Before, only northern Arlington was viewed as the “city”, but with Arlington’s expansiveness, our once quiet portion of Arlington is now a major hub for business and a DMV experience. With real estate in demand, housing and living costs increase as well. But this improvement came at a hidden cost. 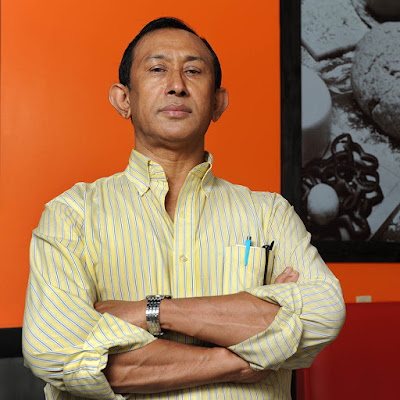 Sometimes I wonder if my business would have been different if I was a white owner. I do not go to the front of the business, I just stay in the back. I worry what will happen if they learn that a Bangladeshi man owns it. Once, a white man was upset and came in and demanded of the employee, “Call your manager.” I came out and said, “Yes?” He asked, “You are the manager? Call the owner.” I said, “I am the owner.” He said, “I won’t buy your gas!” What should I have told him? That the owners of most of the Exxon stations in Northern Virginia, Washington D.C., and Maryland are owned by other immigrants – from Africa? He left in a huff. I remember when 9/11 happened, I was still working at the Dunkin Donuts and an old regular customer came in. We were all talking about what had happened. He was a journalist for twenty-one years and he published what I had said. The next day the owner came and told me, “Why did you say all that?” I said, “I didn’t know he would publish it.” We were all shocked. Our hands were shaking. All of us. We were all in this together, scared about the future and what situation America was in at the time. This piece of my story is just one of many I have seen throughout my life.

Even so, the life and status I’ve made for myself and my family has been a diamond in the rough. Despite the hardship, Arlington is as beautiful as ever, and with any small business, there are good days and bad ones. My kids are grown up. They both went to schools locally. My oldest just recently graduated from James Madison University, and the other is currently attending American University for her undergraduate degree. So no matter the situation, I will stay here. My kids will go their own ways one day, and I would want them to work hard and smart, not just one or the other. They are still very young, and with the passion and ambition they have, I know they will find success soon no matter what route they take. The help of the people in my life have brought me up. I must attribute to for my success to them, most notably my family and bosses, the latter of whom helped me rise from the ground up.

I can understand people willing to work hard to try and make it in this place we call our own. With the creation of new businesses such as my own, proximity to the most powerful city in the world, and an everlasting expanding lifestyle and the changes it brings, the streets that have brought me up made me who I am today. That is something I can never repay myself for, and something I’m truly grateful to have experienced!

Interview by Sushmita Mazumdar. Photographs by Lloyd Wolf.
Posted by Lloyd at 3:20 PM