Erika Koliubaieva, 16, is a native of Kyiv, Ukraine. She came to Arlington in spring 2022 with her family, seeking refuge from the Russian invasion of her homeland. They are staying with a host family in the Penrose section along Columbia Pike. 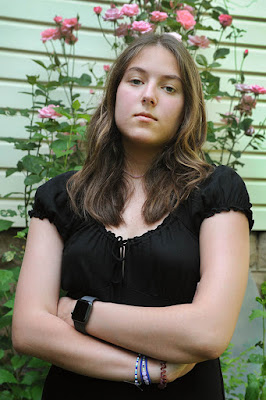 I'm from Kyiv, in Ukraine. My whole family is from Kyiv. I've been in the United States for three and a half months. Our reason for leaving was because of the war. I saw a bit of it. We left really soon after it started, like, really fast. I didn't hear the alarm sirens, but there was the bombing near-by and it made our furniture shake.

Leaving our home was a very hard decision. Twenty-four hours after the war began we were worried. We heard the bombs and so we stayed awake all night. I was so scared, I couldn't make myself sleep because I was thinking that a bomb could hit my house and I would die. The next morning our furniture and windows started to shake, so we decided to leave. We only had one day to decide if we would leave or not leave.

We drove in a car across the country. Our family spent all night at Hungary border and we finally crossed it, but my dad couldn't come. He stayed in Ukraine. He's helping the military, but he's not in it. I'm communicating with him now and he came here a few times to visit us, but then he always needs to go back to Ukraine.

I crossed the border from Ukraine to Hungary, then took a flight to here. It was not hard to get in the U.S. because we had tourist visas. We ended up here at the house of Susan [Thompson-Gaines] and David [Gaines]. We have some friends who know Susan and then they introduced us. We were very lucky.

I have not started school in America yet. My sister has started at Thomas Jefferson Middle School, just a few minutes away, but I'm not yet enrolled because of a system problem. The Ukrainian system and the American system of high school are a little different, so I have to wait till September. I will probably go to Wakefield High School. 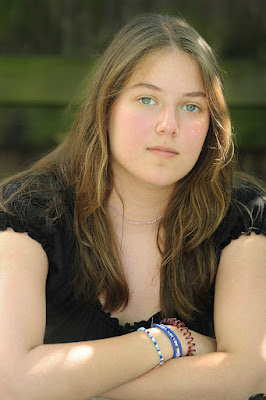 I am relieved to be away from the war. I am able to talk to friends back home, but because of the seven-hour time difference, sometimes it's a problem. I'm always with my friends chatting and texting. Many of them have gone back to Ukraine. They left and came back. A lot of people now are coming back to Kyiv.

I wasn't surprised when I came to the United States. I've been here before.  I was here last autumn as a tourist. I had a sense of what I was going to see. It was my dream to come here, it always was my dream country. I guess I like the way people think here, the way they live here. They have a little bit different way of thinking about life than in Ukraine, especially the freedom. I love how people are free here and you can be whatever you want and nobody's judging you. In Ukraine we have that too, but not so much as here.

I had wanted to come to the US anyway.  But it’s still painful, because I was dreaming to be here, but not to leave my home like this because of the war. I wasn't prepared. Susan told me a lot about the area here, and I know that people here are so helpful. They help each other and if somebody needs something, it will happen. It is so easy to get something here because people are helping. I have met people from other places, from Spain and Asia. I’m totally feel comfortable with that, with people that are from all over. In Kyiv, I saw people from other countries, but not a lot, but normal for Ukraine.

Kviv is a very beautiful city. I love every part of it. Even the dirtiest part, I mean, Kyiv is my home. But the first day we came here, a lady from the community brought us borscht, our famous soup in Kyiv.  It was so delicious. It was like being back home. Yeah, but I love hamburgers. It's like my favorite dish. I've tried Spanish food here, Asian food, Thai food, Japanese too. 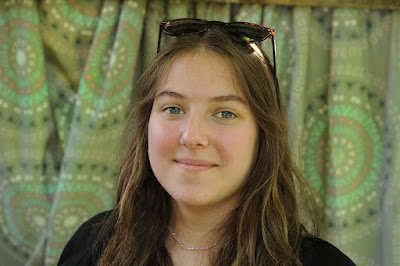 I actually specially love New York, too. It’s fast and exciting. I like that rhythm. I come from a big city. I’ve lived in Kyiv my whole life.  Of course, I haven’t met many other young people my age here because I'm not going to school yet. So, during the day I watch TV shows and cook. I surprised myself because cooking is not what I usually do, but now I am cooking, watching TV shows and chatting with my friends. Because of the internet, I’m able to stay with in touch with them. We use Instagram. Telegram.

I don’t know if I am going to stay here in the US; it's hard to tell. It’s hard knowing what's going on at home. I don't know what's going to be with Ukraine. I don't know where the war is going to end, so I know nothing. Some people think that this will never end. Our neighbor is Russia, so it could be never-ending. I hope Ukraine will be fine. I really want Ukraine to win the war and return to what she already was. It's sad that Ukraine was able to build new roads, build new cities, new buildings, and then the war came and it's all ruined. When I think of Kyiv under attack… It's sad.

I'm trying not to look at pictures of the war, and I delete all the war channel stories about Ukraine. But still, my father told me the horrible stories, things I didn't want to hear. Bad things are going on there.

I‘m still in a state of just being new here. I'm feeling safe, thanks to Susan and David. They're hosting us and I feel safe. Totally safe. I see a lot of Ukrainian flags around the area. It's so supportive. With the war in my country and when you are walking around and see a lot of the flags supporting you, it's like, yeah. 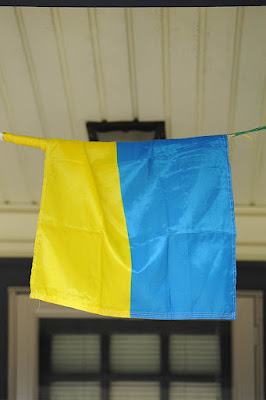 I think about going to college. I would like to study cinema. I want to be an actress or a director of films. My father, he's a film producer. And my mother, she's a jewelry designer. Why do I want to study cinema? Maybe because the first time I came to a movie set when my father was working, I kind of felt like I belonged. I just saw how the actors were working and I felt like that's the thing I want to do in my life. I took some acting classes in school in Kyiv, and I was in film, too. It was a big scene in a pilot with a big speaking part. I'm comfortable on camera. It was fun to do. I’ve had the experience and I really love it. I haven’t acted in a play, but I’ve entertained people on stage, leading the show as the host.

My mom and sister are here, too. They support me. I'm cooking for us, easy stuff like meat, beef, and chicken. I just fry it on the pan. When I'm cooking, I relax and do not thinking about bad things. And so, it's peaceful here. It's nice - close to perfect. The important part is not to give up. Photography and interview by Lloyd Wolf.

Many thanks to Kindness Activist Susan Thompson-Gaines for her help. 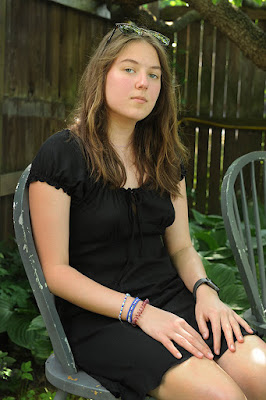 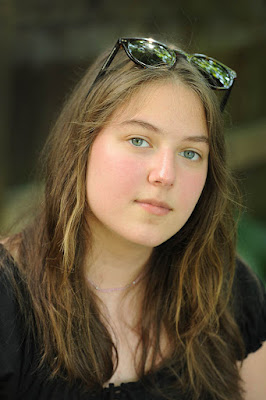 Carlin Springs Elementary School has a monthly Family Market Day, where families can obtain supplemental food, Covid-19 information and tests (when available), nutrition and advice for their pets, take advantage of a free clothing bank, and other no-cost services. Organized by Community School Coordinator Carol Sabatino MSW, volunteer groups include Arlington's Animal Welfare League, St. John's Baptist Church, members of the Jaycees, and on some occasions the Arlington Federal Credit Union. This particular event was cut a bit short due to an impending storm watch, but numerous families were served successfully.

Thanks to all the volunteers, Megan Niewald, community impact manager of the Arlington Federal Credit Union, and to Carol Sabatino of Carlin Springs School. 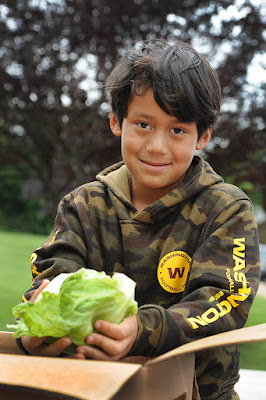 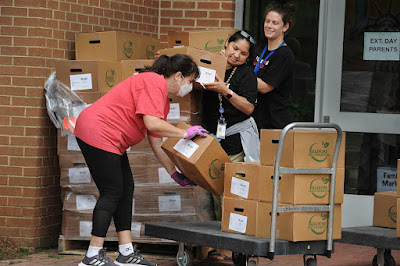 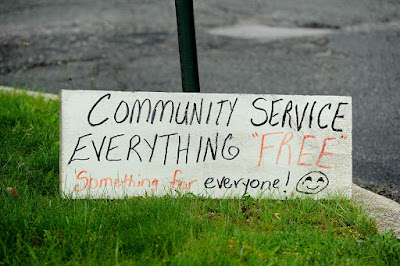 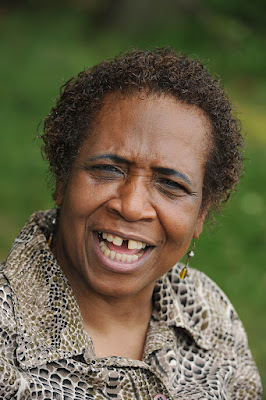 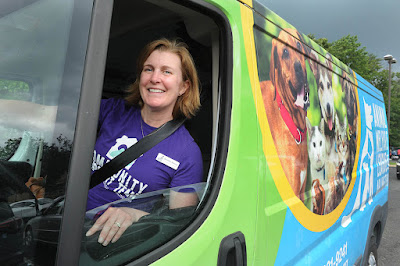 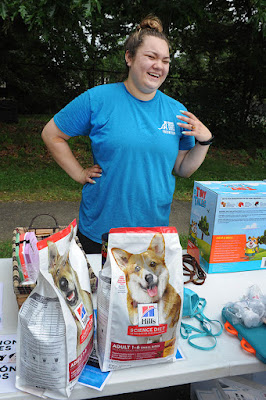 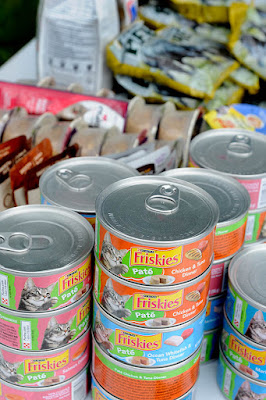 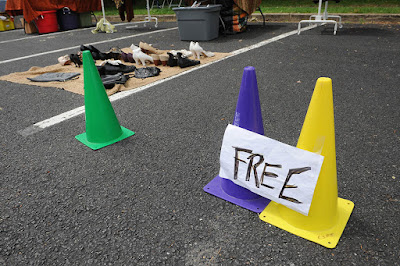 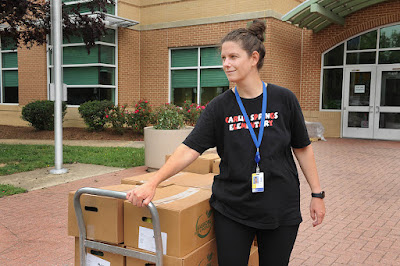 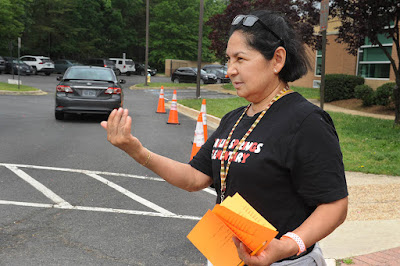 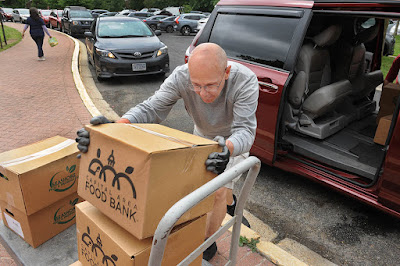 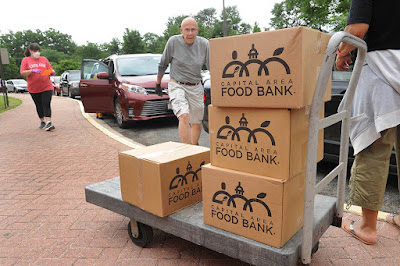 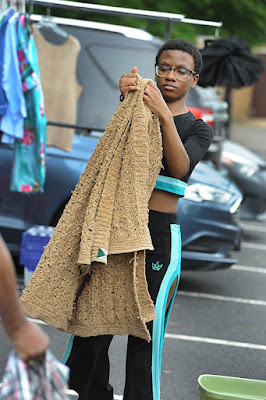 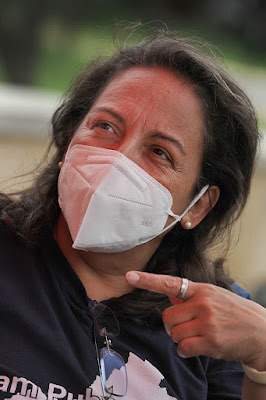 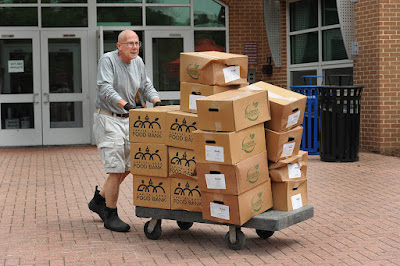 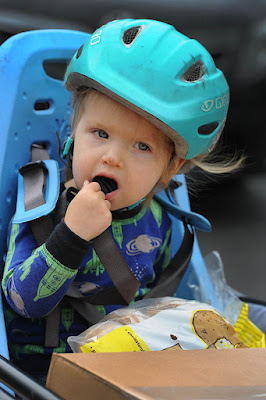 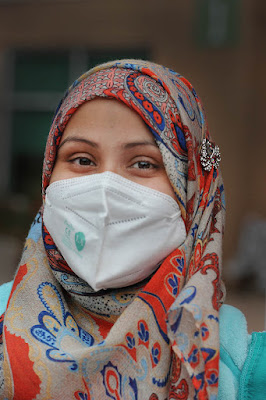 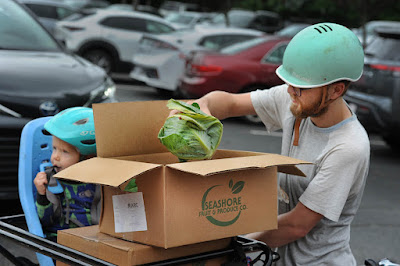 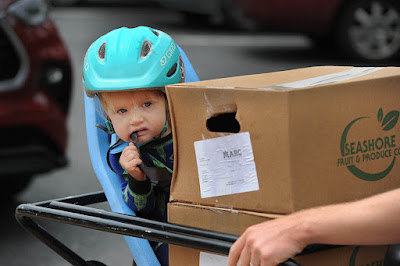 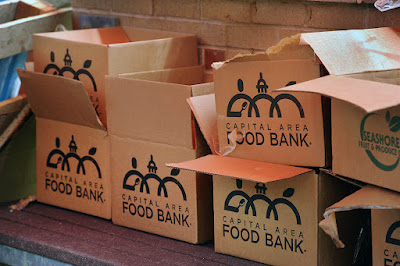 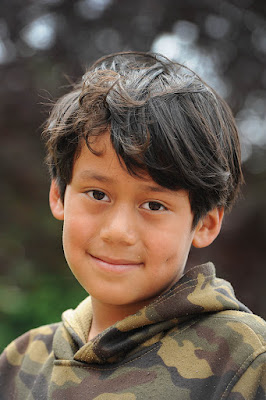