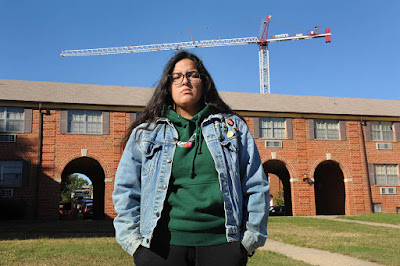 
I'd like to see the community integrating things that have already been here along the Pike. Not taking away so much culture that has taken years to formulate. Back before all of this, these people came here and by themselves built these businesses, they built the economy and the infrastructure, this part of Columbia Pike. Now that they're leaving and replacing them, it kind of feels like an empty shell. I don't really know how this is giving back to the community. I'd like to keep things like that little store right there, the African store, places like Café Sazon, and that little Bolivian store over there, the Asian little store over there that sells tamales, like the Dama Ethiopian restaurant down there. If they took those away I'd be really hurt, just like I was hurt about Food Star being torn down. I don't want those places to go away, I want them to stay here. Special places should be kept intact, just for the sanctity of the culture." 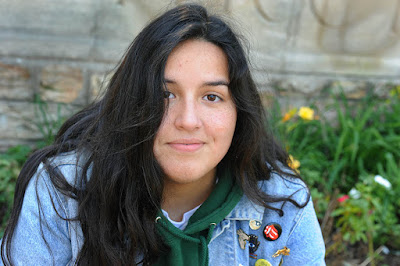 Interview and photography by Lloyd Wolf.
Posted by Lloyd at 4:33 PM 0 comments

Views of this developing area of Columbia Pike. 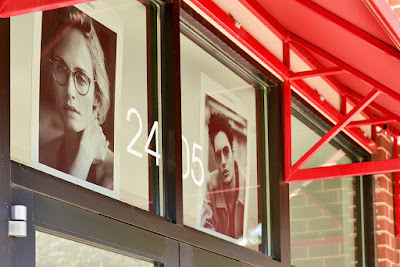 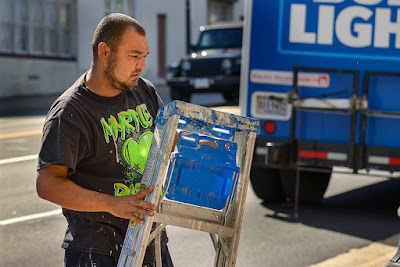 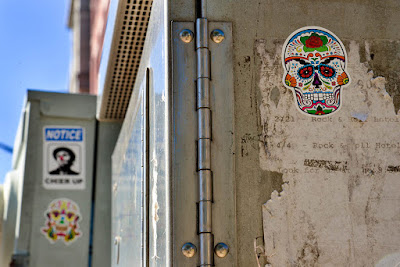 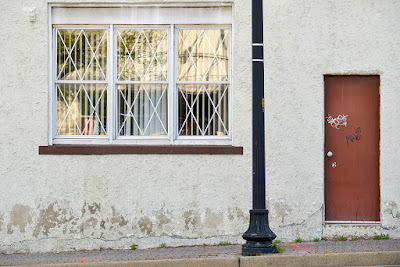 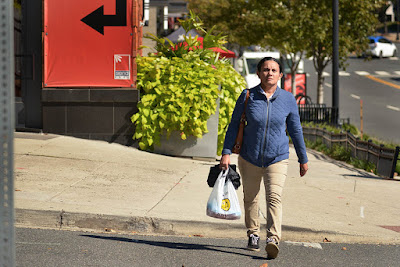 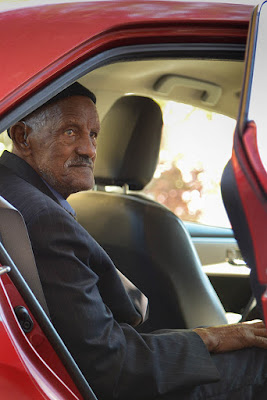 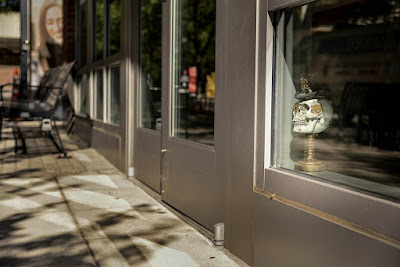 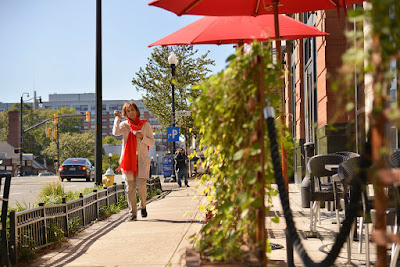 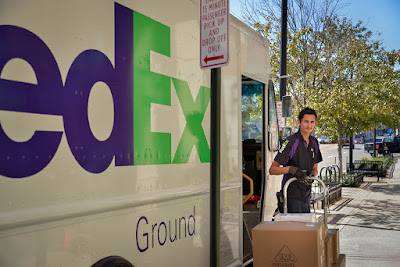 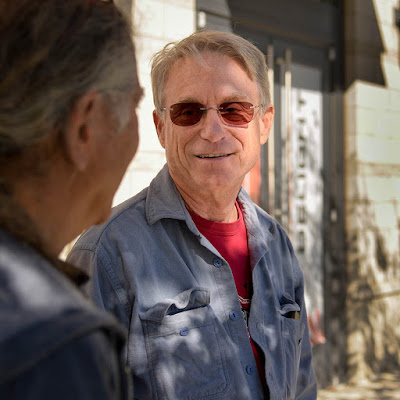 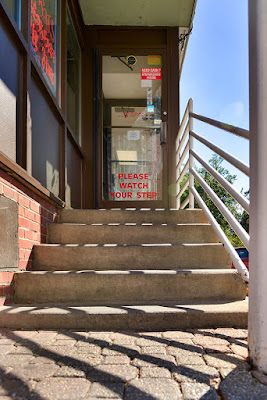 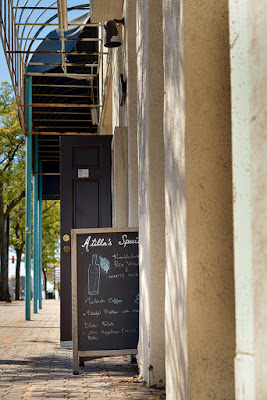 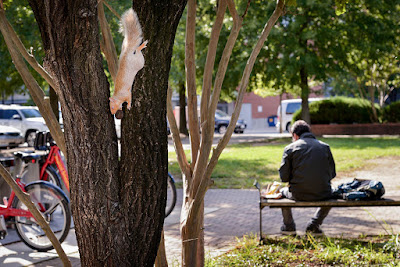 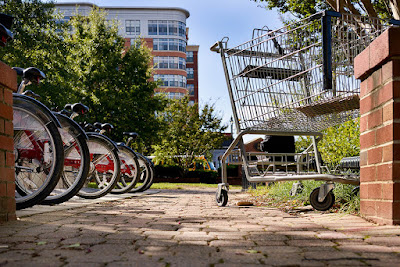 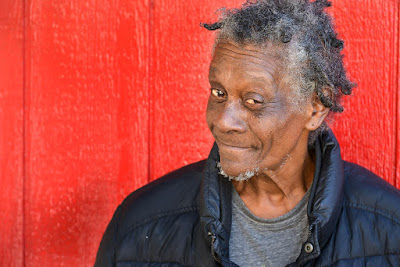 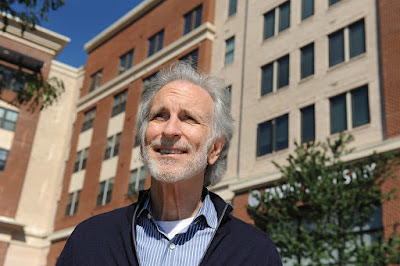 David Peete is president of BM Smith, a real estate investment and management company established along Columbia Pike in 1908 by his grandfather. It is Arlington County’s oldest continually-operating business, and has built and managed many residences and office buildings along the Pike, including most recently the multi-use Penrose Square complex. He has been recognized by the National Associate of Home Builders with its “ICON of the Industry Award.”  Mr. Peete is Vice Chair of the Washington Forrest Foundation, part of a long-standing commitment by the Smith family of engaging in significant local community service. He also serves on the Board of Directors for CPRO, the Columbia Pike Revitalization Organization.  Earning his undergraduate degree from Tufts University and holding a Masters in Public Health degree from Yale University, Mr. Peete is married with three children.


I would love to see other places like that along the Pike, and I'm hoping that other developers also work with Arlington County to build new places. That's generally how those things are funded and that the opportunity exists to create other unique centers along the Pike for the community to gather, feel safe, and joyful at the same time."

Interview and photography by Lloyd Wolf. 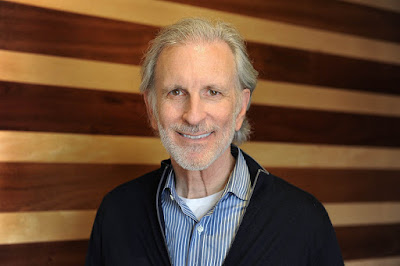 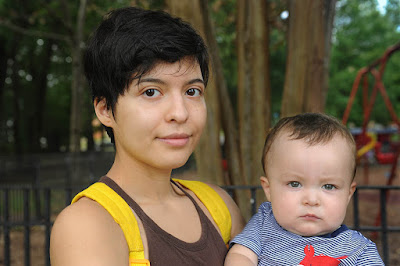 Natalia O’Neill and Matthew O’Neill both grew up in Arlington, VA. Matthew was born at the Virginia Hospital Center and grew up in Cherrydale. Natalia came to Arlington from Santa Cruz, Bolivia, when she was four. They met when they attended Washington-Lee High School. They got married shortly after her 21st birthday and decided to live along the Pike and raise their son Carmelo there.

“I like Arlington a lot,” Matthew says. “There is so much to do in such a small place. I grew up in Cherrydale but Natalia and I decided to live near The Pike because you don't really need a car. The Pike is like an old trading route. Everything you need is here. And Cherrydale has changed a lot since I was younger. Now its all massive houses nobody buys.”
“I compare everything to Bridgewater, VA,” Natalia says. “It’s where I went to school and so I love the diversity here on The Pike. There I was easily identifiable---there were no immigrants there, leave alone undocumented ones. Here I feel comfortable. Here we have a support group for Dream Scholars who have graduated. And it’s not just for Dreamers but for all immigrants who want to share their stories. I really missed that in Bridgewater.”

“Our son Carmelo is growing up around diversity,” Matthew says. “Before Natalia got pregnant we planned to move to Annandale---cheap houses, ethnic food, but higher crime. Cherrydale is quaint and very wealthy---but I remember from my high-school days someone did get stabbed. My mom was scared for a long time. Hasn’t been any incidents of violence here but today a neighbor’s car got broken into.”

“When I was pregnant and we went looking for a place everything was super expensive so we settled on this location. The DHS [ Department of Human Services] was nearby for prenatal care. I was avoiding getting help for a lot of stuff, but this was very good. Matthew is learning to drive and I don’t so this is like a super highway. I can walk to Giant and Penrose Park and the library is right here. And the farmer’s market. And the Penrose Square fountains—Carmelo loves that!”
Natalia adds, “A funny thing I noticed there are a lot of fruit trees here -cherry trees, peaches, pears, apples and fig. People have beautiful gardens, especially people from Bangladesh, like my friend. Crazy amazing gardens!”
“When I go up to New York I miss the trees,” Matthew says.
“And there are so many kids here!” Natalia smiles. “I’ve lived on the Pike all my life. “
“I’m not sure of pre-schools, but I hope Carmelo can go to the one I went to in Clarendon,” Matthew says. “My work doesn’t pay very well right now but I’m really hoping this one I applied for works out.”
“I’m going back to school,” Natalia says. “I work part-time at the Target and that preschool has scholarships for low-income families.”
“One annoying thing about Arlington is job availability. We make just enough but are hoping to make more.”

“We met in high-school, freshman year. But we didn’t talk…”
“Despite me trying,” Matthew smiles.
“I thought he hated me. I hadn’t figured out how to shave my legs,” Natalia laughs. “I was super conscious. We met at a swim thing.”
“Our friends group met at a cafeteria. We were friends but dating others. Eventually we started talking more,” Matthew remembers.
“But Matthew had cats so that was a plus. We started dating in the last month of senior year.” Natalia explains.
Matthew remembers college. “I dropped out of MICA (Maryland Institute College of Art, Baltimore), and I want to finish, but not right now. I’m getting my certification for being a personal trainer. Another big thing - I want to start doing my martial art again, but we have no money now. It will have to wait till when I have a better job. I love martial arts from Asia. It’s great when you can trace the lineage of your teacher.”
“I was very out there as a kid and there were many mean kids,” Natalia remembers. “My sister had just started treatment for mental health issues—she wore dark clothes and isolated herself—and they would bully her. Maybe they knew we were poor. But I know I want to put Carmelo in a Tae Kwan Do school ASAP.”
“I was bullied in elementary school a lot,” Matthew adds. “I was weird; funny looking and with buck teeth. But then I stood up for myself and that stopped.”
“But there is a problem if you do that too,” Natalia says.
“Yeah - its zero tolerance.” Matthew adds.
“But if Carmelo does that I won’t mind. And I’m not worried about school shootings.” Natalia says.
“We were friendly with our school resource officer at W and L,” Matthew says. “He is armed with a gun and taser. He is very nice. I was very friendly with them all. He was part of Arlington Police. My mom felt I was safe at Science Focus then.”
Natalia says, “I want Carmelo to go to W-L as they have IB. But Wakefield has more AP.”
“And they are changing the name of W-L,” Matthew points out.
“Yeah, I’m excited for that,” Natalia says. “We both are.”
“Lee was a great general and historians say he didn't want to fight for the Confederacy but had loyalty. And Washington wasn’t such a great person…” Matthew says.
“And I was confused because they weren’t at the same time periods but we have both names and colors.”
“The school has a strong ROTC and it’s two of our greatest generals in history…”
“I don't think we should have war themes in school at all,” Natalia says. “When I was in Falls Church our mascot was a mustang - so wild and free! And in W and L it's a white guy - The General. But then I’m undocumented so I can’t fight in a war anyway.”
“Washington fought adopting Native American warfare and that changed how the English fought. I’m fascinated by strategies. Guerilla style worked with our terrain. And Washington learned this fighting the French and Indian War.”
“Speaking of war,” Natalia says, feeding Carmelo the delicious cake she had baked that morning, “I have met a lot of military kids and a trend I have noticed is they are extremely patriotic. They cling to their parents sacrifice and I get that, but school should not be like that - like when I told them I was undocumented. Anything named after war sets you up for not being able to see that.”
“My dad was on the wrestling team,” Matthew remembers, “and so he was drafted for Vietnam. But he was a pacifist. And he was in the Marines. We all know it was heavily protested and not a very popular war, as war should be. My grandfather on my mom’s side was in the Navy as were all his brothers. All five were in WWII. One was at Iwo Jima. But I deliberately stayed out of that. I support and honor those who join the military, but we can disagree on things too.”

Natalia navigates Carmelo’s toys and playpen and puts the bowl with cake crumbs on the table. “When I first came here from Bolivia the apartment we stayed in had bugs. We took out our toys and roaches came out! We moved from place to place – we came to a church in Falls Church and I started pre-school at Carlin Springs in Arlington. I was five and didn’t speak any English and it was very stressful. We had one translator. But I learned quick and was translating for new kids. We lived on The Pike; bounced around from apartments to duplexes in the Pike area.”
“When I was in elementary school I remember it was Mongolia that many people were coming from. Half the kids in my school were from Mongolia,” Matthew says.
“We hope to move out of this apartment when we have better jobs, but we plan to stay on the Pike.”
“I love this area,” Natalia says. “There is so much to do here.”
“I love big houses,” Matthew says.
“My parents clean houses so I don't like big houses,” Natalia laughs.
“My cousins all have boats,” Matthew laughs. “It’s my measure of success.”
“I don't like boats,” Natalia laughs too. “They are really expensive and cost as much as a house!”

After this interview was conducted, Natalia received her green card, and now has legal status. As Natalia says, “There are so many undocumented immigrants I have met in South Arlington, I think this will give us the visibility we need and people will know that we are part of this community for years.” 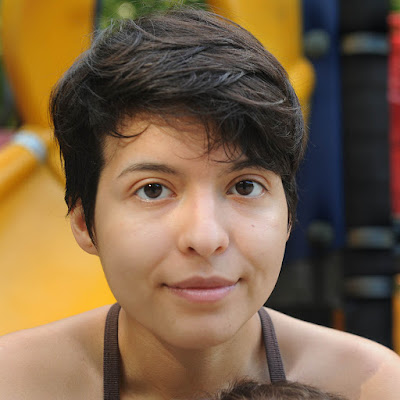