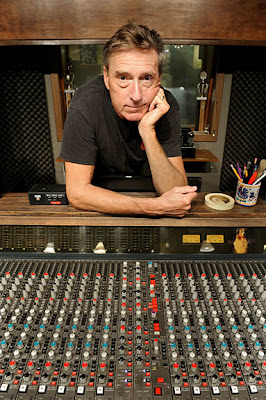 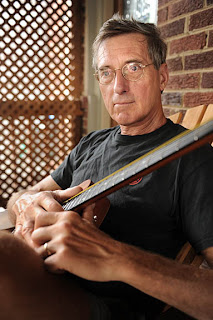 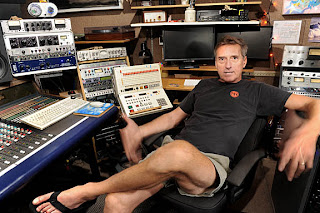 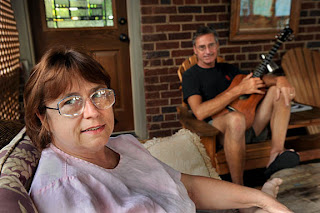 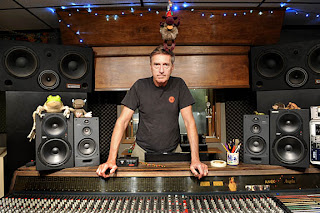 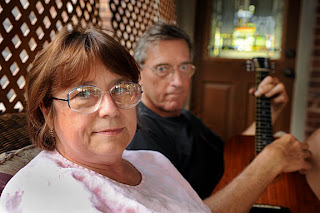 Don Zientara, renowned sound engineer and musician, owns Inner Ear recording studio. Don has been recording in Arlington for almost 30 years, initially in the basement of his home on South Ivy Street, and for 20 years at his South Oakland Street location. Many seminal punk and alternative rock (and other) musicians have recorded at Inner Ear, from Fugazi, Bad Brains, Dave Grohl, Half-Japanese, Henry Rollins, Bikini Kill, Bob Mould, Scream, the Neighbors, Shudder To Think, Government Issue, and the Grandsons, to the Washington Balalaika Society.

Don also performs as a solo musician, and with his group, the Del Ray Desperadoes.

He and his wife Juanita, a retired ESL specialist at Wakefield High School, have lived in their home for over 35 years. They raised their two now-grown adopted bi-racial daughters there, and are now the grandparents of five.

Photography by Lloyd Wolf.
Posted by Lloyd at 9:37 AM

You left your own band off the list of distinguished clients. :)

There's a reason for that Mr. McKnight! Big Peter & the Strokes of Genius... not much of an impact on the musical landscape. Perhaps more of a (wisely) unnoticed wad of gum stuck to the heel of the Muse.

fyi: Don just baked our old tape and made a digital transfer- so we have a couple of CD's now. I can get a copy to you if you want it- you were the producer of record!
Cheers- Ø

Thanks. I corrected the link.