Janeth Valenzuela is a community activist particularly focused on improving school programs for immigrants and their children, and in maintaining an affordable neighborhood environment. Originally from Bolivia, she lives in Columbia Heights West. 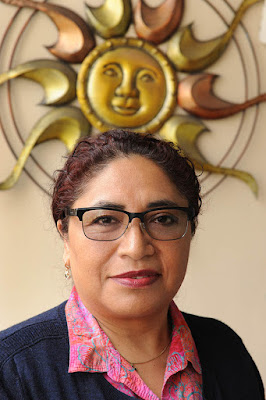 I came to the United States from La Paz, Bolivia in December 1988. I had no family here when I arrived, just a friend of my mother’s. I had been studying journalism back home. When I finished I needed to do my thesis. I told my father that I wanted to go to Nicaragua during the Civil War. My father's family has a lot of journalists in it, and one of them went to Nicaragua and got shot. My father said, "I don't want you to come back like that, plus you are too young to go." But I was very relentless to go. Ever since I was young I was sort of like a revolutionary in my country. I did a lot of things back home to help other people. My father probably saw that if he said no I was going to keep pushing. Then he said, "I have a friend in the US. I want you to meet her and talk to her, then I want to ask her if you can go and visit her for a few months. If you like it, then you can stay. If you don't like it, when you come back I will sign the permissions for you to go to Nicaragua." I said, "Fine. Deal." In the meantime, though, I was working on the newspaper Hoy, in La Paz. I got a visa through them, and came here in December, in winter. The snow was really hard. I got here and I liked it. I said I don't want to go back home with nothing, I wanted to learn English at least.
I saw that everybody here in the US has to work to start eating, to survive. So I started working at Chevy Chase Country Club in Maryland. I would commute all the way to Chevy Chase from Arlington by Metro and bus until I learned how to drive. I started as a dishwasher and then they saw that I was very friendly, that I learn fast, so they offered me a job as a waitress. From there I started going up. I was very happy there for five years until I got into an accident. I wasn't able to work, and I ended up in a wheelchair. It was very sad. After the accident I was in a lot of treatments. It took me almost ten years to get better. I had to fire my doctors from Georgetown Hospital and John Hopkins. I found another neurologist, that was new in the area. She explained a new treatment to me. For a year her treatment went really well and I started standing on crutches, and then walked along with a cane, and then without the crutches. She is not only my doctor, she became my friend. Every time that I got depressed because of the pains that I went through, she taught me, she helped me to do something that gave me the meaning to keep going. Fortunately for me, my husband works in the computer field and makes good money to support the family, so my husband told me to focus on my son. My son Marcelo is our only child and I want to give him the best education possible. Because of him I started helping at schools. Even before we had our son we lived in Arlington Mills. I was already helping the parents. I used to teach computers and typing to the adults in the community center.
My goal was to go to school myself, but I never had a chance to go and properly learn English. But I love to read and write, so I start reading newspapers, I start reading books that were written in English. Sometimes I didn't understand, but I was still reading. My husband used to tell me to watch TV. Kids stuff, cartoons, because the English is more phonetic and clearer. I sort of taught myself English, with the help of my husband. I got tired of asking my husband to write things for me, so one day I said, "I'm going to start writing." I got up with that attitude, and I started practicing, though I still have mistakes. It's not my first language. But at least I have plenty to communicate. 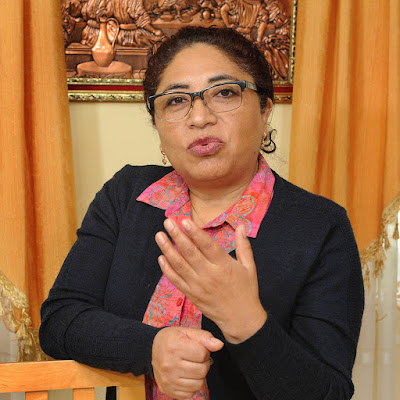 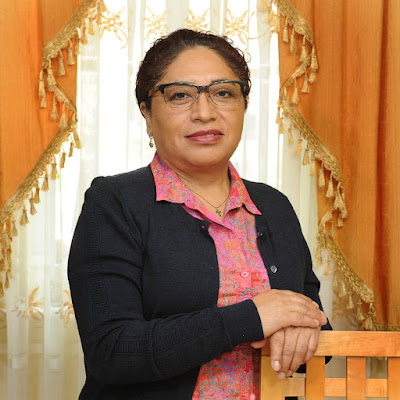 
I have a lot of feelings for the community. It is emotional for me. Working for these the people in the community has taught me a lot. I learn a lot from them and I'm here to help them within my power, too, to achieve anything they want to do. Because of the position that I have, I’ve learned so many things from them, good and bad. That’s enriched me; I have to respect these people, how I have to work with them. The things they suffer, the things they went through, the things they are going through, it makes me more sensitive. And then, like I said before, this country would not be the same without these people. 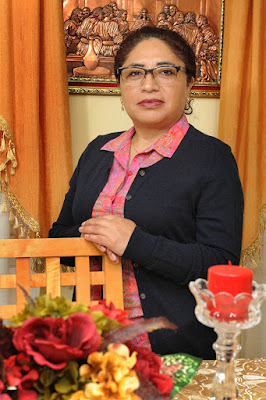 Photography and interviews by Lloyd Wolf.
Posted by Lloyd at 1:29 PM